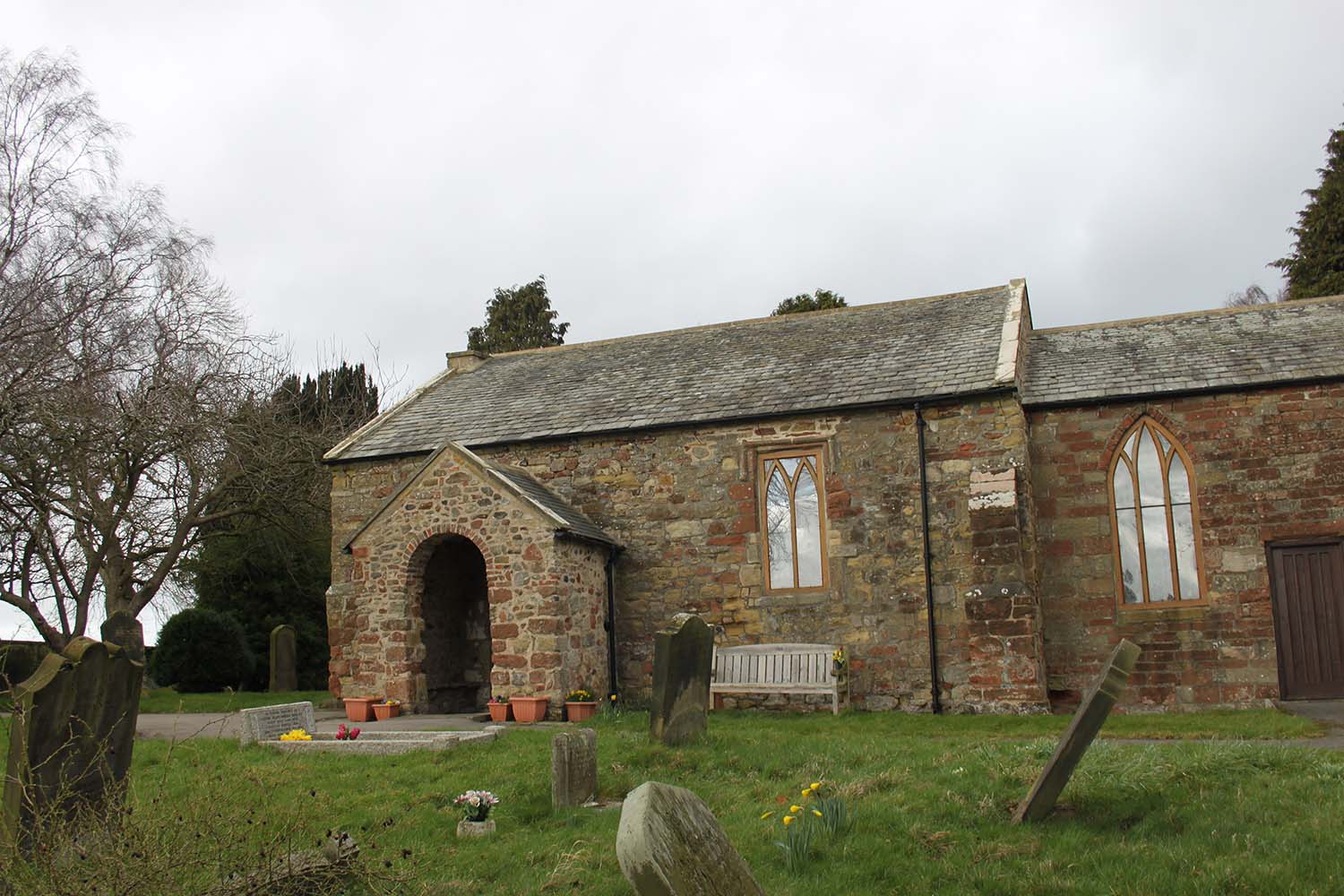 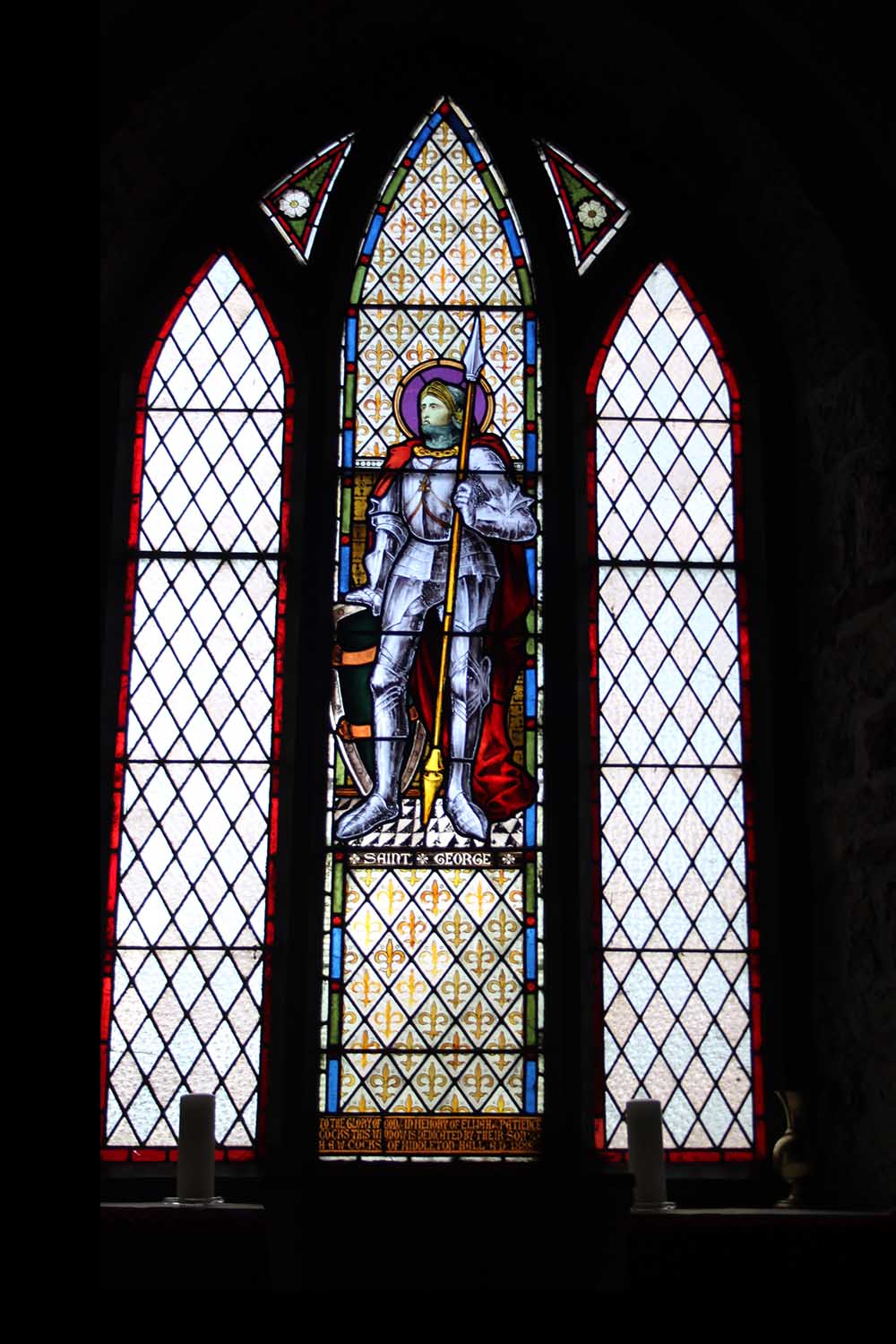 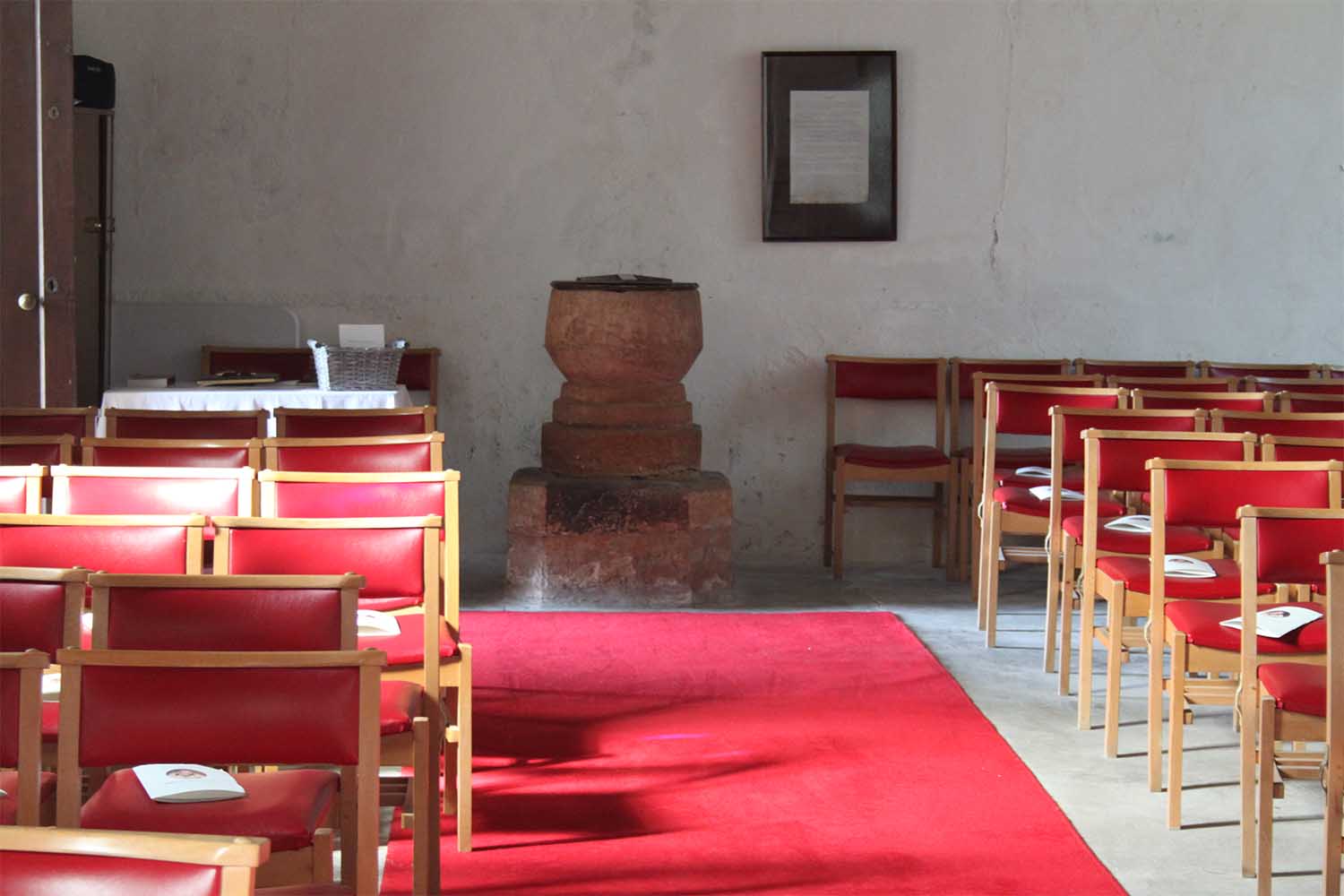 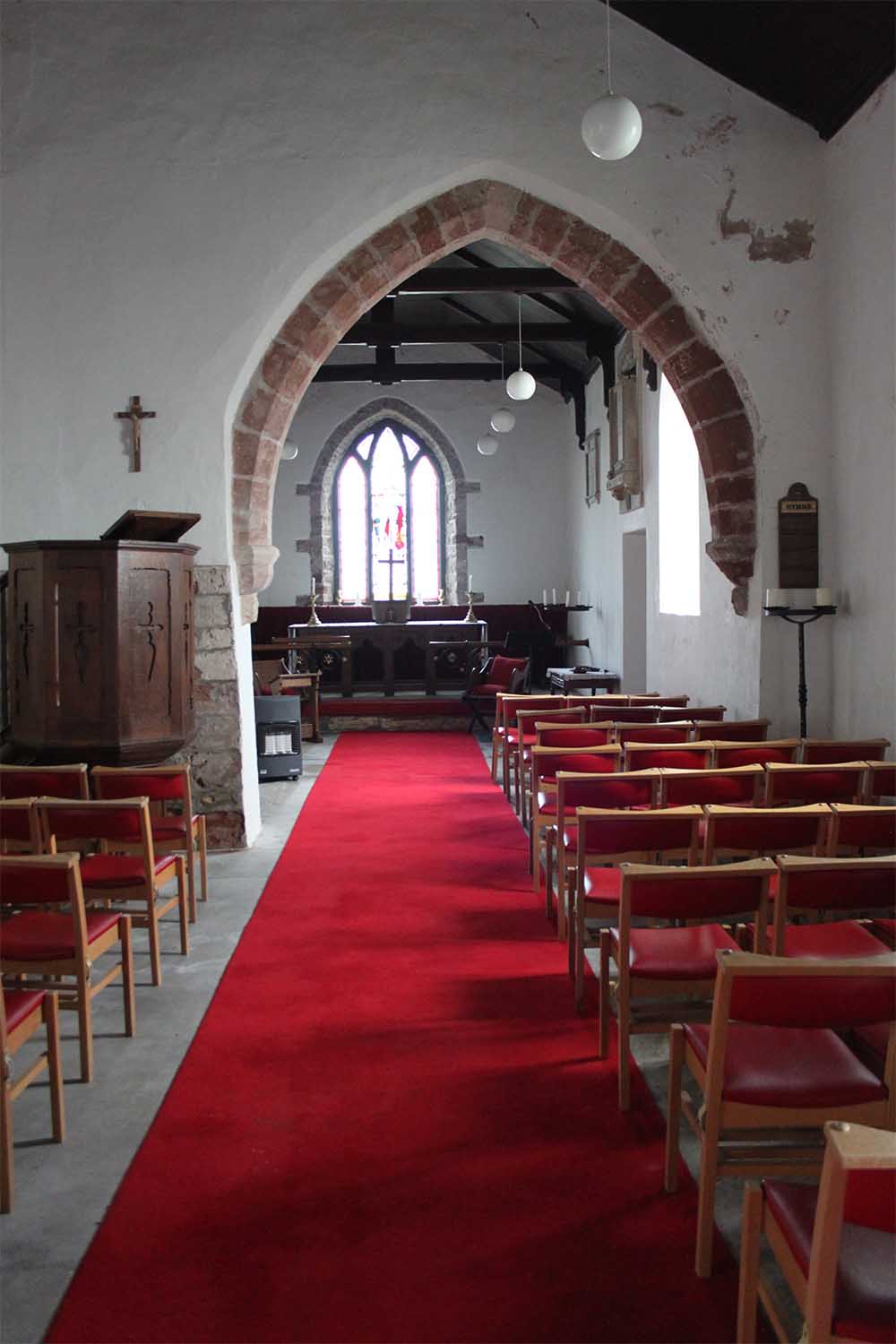 The old medieval church of St George stands virtually alone amongst fields, close to the south-west end of the runway of Durham Teesside International Airport, some 2 km to the east of the present village of Middleton One Row. It stands on what is thought to have been the site of a Saxon church, although what is seen now is generally dated 13th and 14th centuries, though much altered. The archaeological assessment notes the presumption that the simple nave and chancel of the 13th/14th century was mostly rebuilt in approximately 1822, the nave extended to the north, creating what could be termed a north aisle, and the chancel being completely rebuilt to an elongated and wider plan. In 1883 a tower to the west gable was built, (only to be demolished in the 1960’s), and in 1888 a ‘grand’ restoration was carried out, including stripping, repointing, ceiling and pew removal, new timber windows and various alterations to openings in brickwork.

Elements that are of particular significance are the chancel arch, and the south wall of the nave, including window and door openings; these are thought to date from the 13th and 14th centuries. The later additions in the early 19th century to the nave (north aisle), and rebuilding of the chancel, have positive architectural merit in their own right. Restoration work was carried out in 2011 when the church was re-roofed and the wooden window frames replaced along with repointing and decorating.

In February 2003 Peter F Ryder Historic Buildings Consultant carried out ‘An Archaeological Assessment’, he wrote, ‘This is rather a sad little church, which seems likely to face redundancy in the near future. Changing tastes mean that its simplicity and humility are now likely to be seen as attributes, and its unimproved rural interior, never provided with mains services, seems to have entirely skipped the 20th century. The intemperate language of antiquaries such as the Rev Hodgson, (1779 – 1845) whose opinion of the building - ‘one of the very smallest and most despicable - perhaps the very meanest and most beggarly in the County of Durham’ is a period piece in itself.’

We do not believe this.

St George’s Church is a delightful building in a rural setting with much to offer. 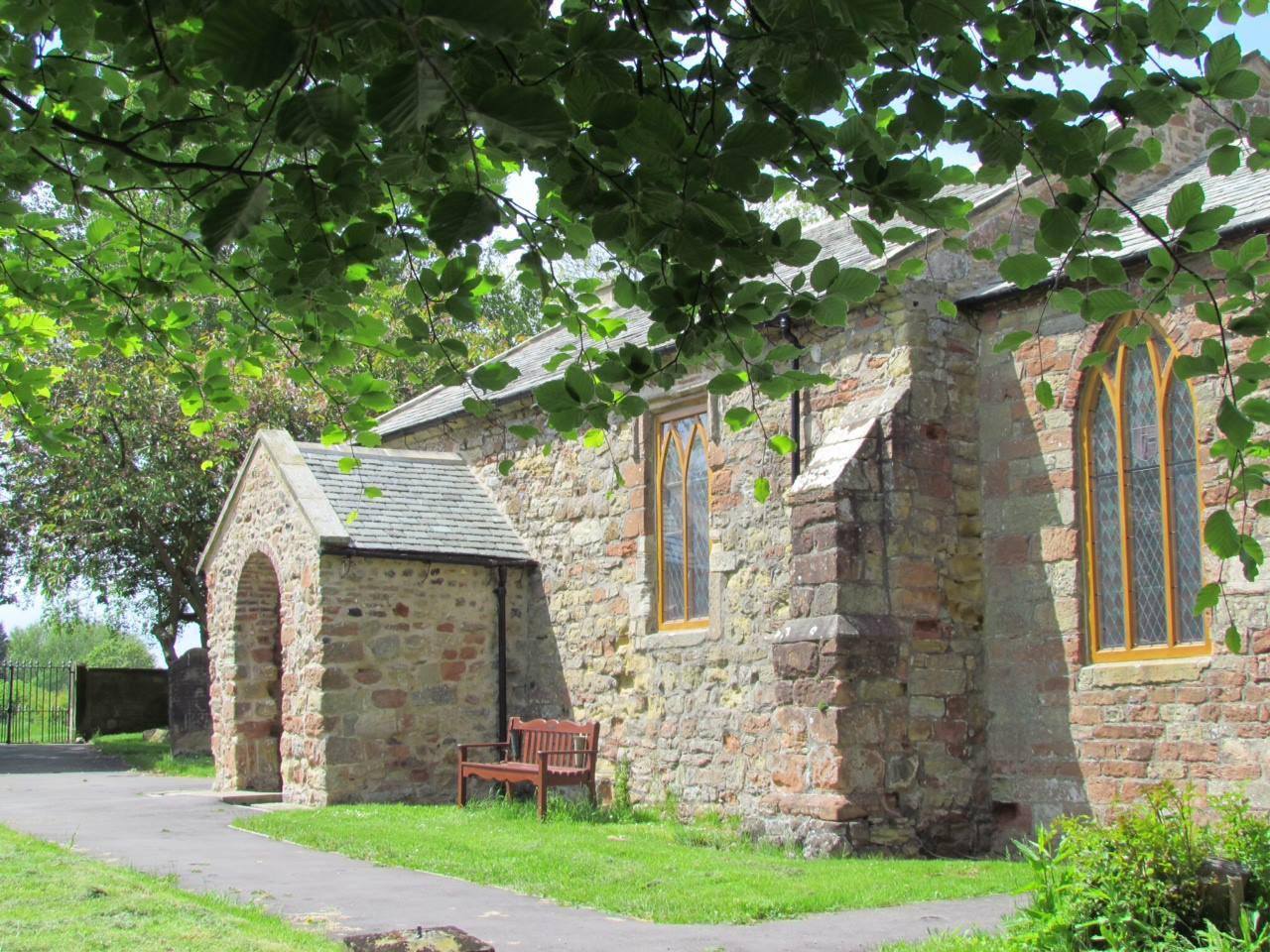 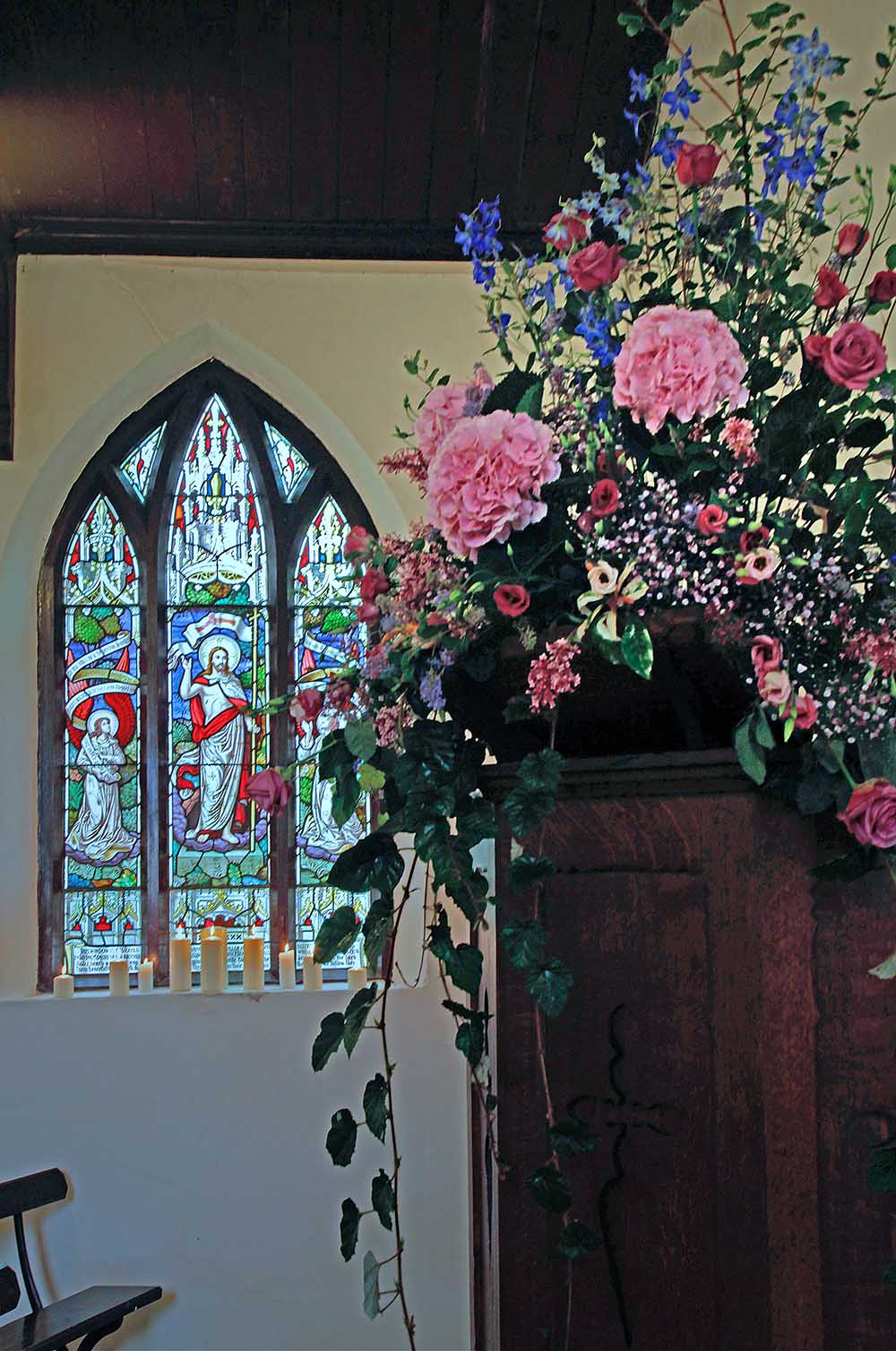 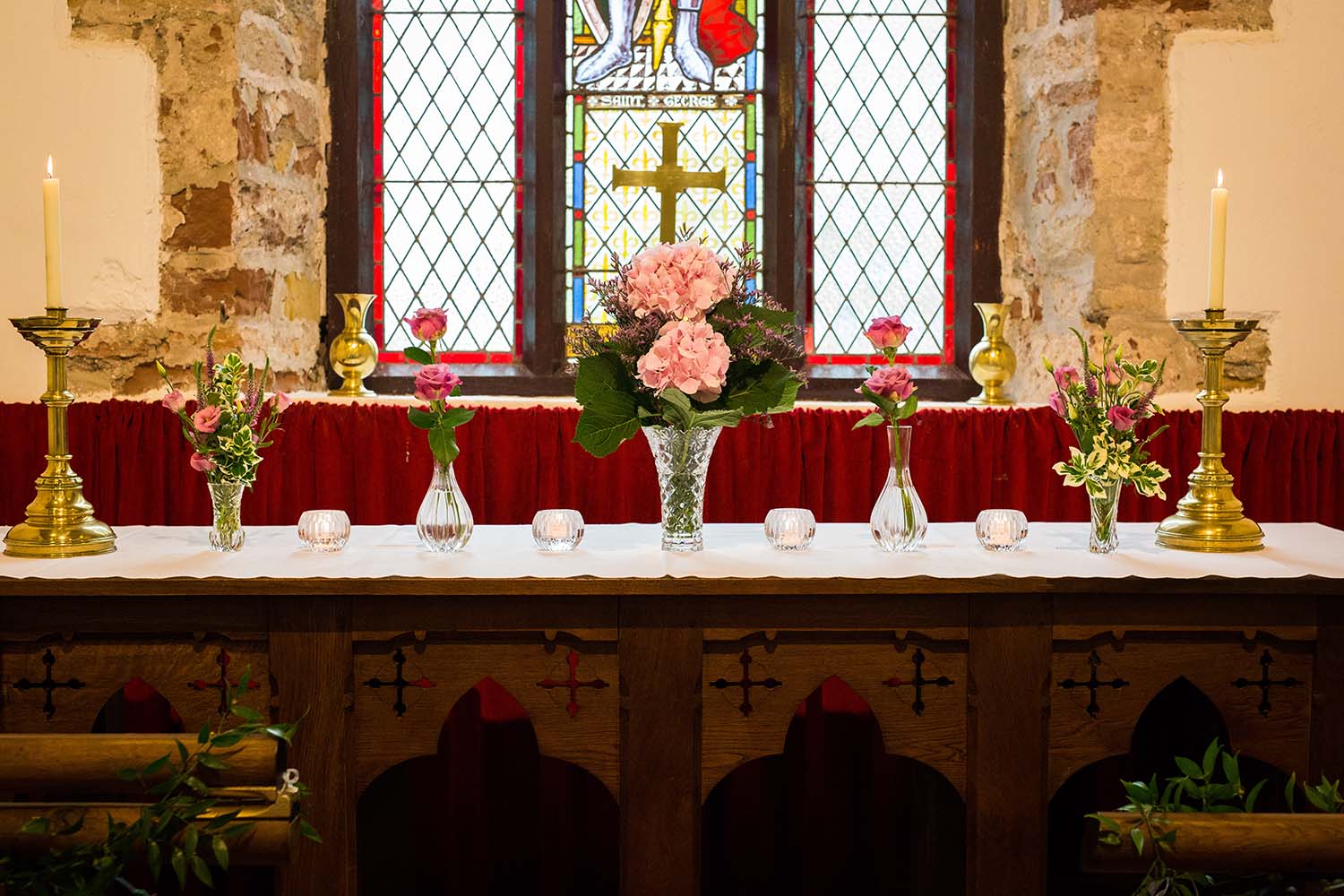 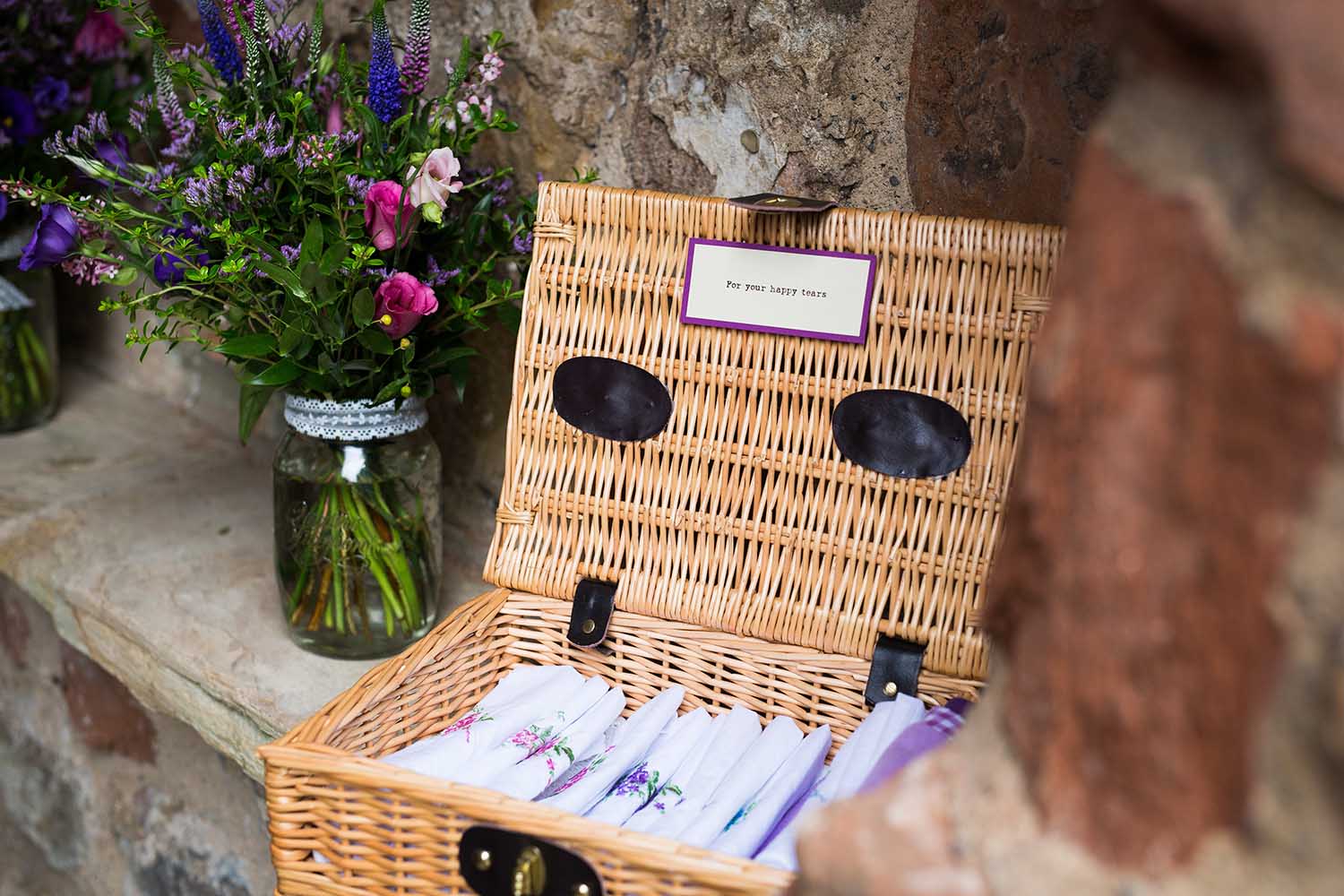 There are no face to face services during the current lockdown. Starting on 17th January there will be a zoom service every Sunday at 10am. The link can be obtained by emailing services@stlmsg.org

There is currently no service at St George's Academy.

Great Livestream acts of worship are held daily and on Sundays by our brothers and sisters at
St Andrews Haughton-le-Skerne.